Carpe Global / Welcome to Worldly / Should you become a Language Assistant Abroad?

Should you become a Language Assistant Abroad?

As a fellow global citizen, I can attest that one of the BEST available opportunities to learn and appreciate the world around you is through becoming a language assistant abroad. 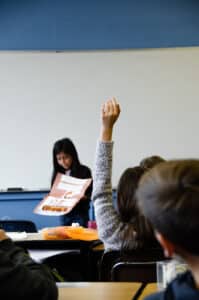 Assistants Program in Spain. NALCAP, for short, is one among many programs that offer native English speakers (from all over the world) the chance to live and work abroad. Managed by the Ministry of Education in Spa in, the program affords graduates, both new and old, the chance to learn about the Spanish culture, practice and utilize language skills, travel, and assist in teaching students of all ages.

Whether you have dreamed of living in another country, never got to study abroad, or always wanted to learn about a different culture, spending a year abroad as a language assistant could be for you!

Spain has a thriving auxiliares community with several popular programs, but many different countries also offer opportunities to work as a language assistant. All of which outline different guidelines and requirements. Let’s go into more detail about a few below!

Starting with Spain, of course! Spain has four programs available to applicants who have a BA degree (or equivalent) and are native English speakers.

The Ministry of Education in Spain (the most popular) offers programs to native English speakers in India, the Philippines, United Kingdom, and several others. Its flagship initiative and most popular is the North American Language and Cultural Assistants Program (NALCAP). American and Canadian college students who are native speakers of English or French are sent to primary and secondary schools throughout Spain to bolster language fluency.

Assistants in each program are placed in schools from October to June and spend anywhere from 12-24 hours a week in the classroom. The programs are quite affordable thanks to a generous tax-free monthly stipend ranging from 700-1500 euros and the inclusion of medical insurance. 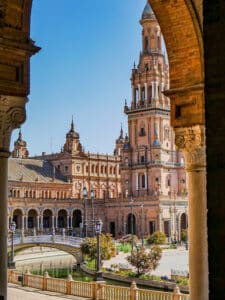 France is another lovely country and offers a more inclusive program for native speakers of a multitude of languages.

Assistants generally spend 12 hours a week starting in October, ending the school year in April. They earn 770-785 euros after deductions such as social security, still considered an affordable wage for young professionals residing in the country.

This list, while quite comprehensive, is only a small portion of what programs are out there.

If becoming a language assistant isn’t your cup of tea, there are plenty of other options and opportunities. Do your research. Type in some keywords on the site and perhaps let Carpe Global find something for you! 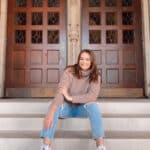 Kelsey is a 4th-year undergrad at FIU studying international relations and political science. She currently works as a language assistant in a primary school in Sevilla, Spain. As a Carpe Global associate, Kelsey thoroughly enjoys connecting young professionals with exciting opportunities.

For the hundreds of thousands of students who participate in Model United Nations every year, these international relations simulation conferences are an incredibly enriching, uplifting, and educationally impactful opportunity. Students... Continue Reading »