The Importance of Education for Sustainable Development for Social Good 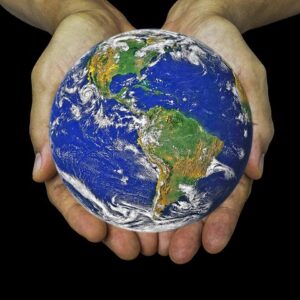 “Humans are creatures of habit” is an oft repeated cliché’. It is probably due to this inherent trait that we continue to pollute, to waste, to consume rapaciously without a thought about the consequences of our actions. This is not only an individual tendency as it manifests itself in all spheres, cumulating to become part of economic policies that have, since the days of the industrial revolution, had only one common intent – how to extract more from nature. The premise was that nature’s bounty was plentiful and back in the Middle Ages it appeared to be inexhaustible. Even a hundred years ago, this appeared to hold good. However, with the exponential growth in human population, with the 20th century witnessing an increase from approximately 1.6 billion in 1900 to 6 billion in 2020, we are suddenly confronted with resource challenges, while pollution and waste are poisoning what little is left. The problem would not have been so acute had the consumption patterns been equitable. In fact, the reverse is true. The deep inequalities that pervade our societies have ensured that a miniscule portion of the population enjoys the fruits of this exploitation, while the majority not only suffer from shortages, they also bear the consequences of nature’s degradation. It is a vicious cycle that drags these sections of civil society deeper into the mire, while the rich get richer. We are now in a situation where no part of our planet is left untouched by human impacts. At the current rate of overconsumption and waste, by 2050, we will need three Earth’s to meet the gargantuan needs of a human race whose population would have swelled to 9 billion. With two-thirds of the world’s population estimated to live in cities by then, we would be choking on our own waste while most of us would remain thirsty as our world’s miniscule fresh water resources would have either dried up or got too polluted to drink. It is a frightening scenario made even more daunting by the fact most of us remain blissfully unaware, assuming it is a problem for someone else to solve. It is this gap in engagement that ESD (Education for Sustainable Development) can solve. The Sustainable Development Goals (SDGs) adopted by all UN member states in 2015 have provided us with a road map of development that seeks to stop the ongoing environmental degradation while accelerating economic progress that benefits all sections of civil society, so that no one is left behind. However, the greatest hurdles lie in its implementation. The SDGs will remain ineffective unless it reaches those who are the farthest. For its success, it requires the seamless engagement of all sections of civil society, from a grassroots level upwards. ESD is the bridge through which this change can travel to touch every human on our planet. Its effectiveness is in the fact that it facilitates behavioral change, while providing people with the knowledge and skills to think and act for a sustainable future. It is a transformative tool that elevates even those who have never had any access to education, helping them to mitigate local challenges, while providing pathways of social equity. Our world is myopic to the imminent dangers caused by decades of exploitation and resource degradation, much of which is already irreversible. The SDGs provide us with a final solution and adopting ESD as a tool for implementation may be our last chance for implementing social good and create a just, equitable and peaceful world.

Connect, explore, and become even more worldly at Carpe Global, where you can learn about great resources and opportunities like those shared above! Sign up for our newsletter and follow us on social media @carpeglobal. 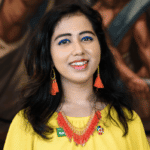 Youth Activist | + posts
Winner of the 2016 International Children’s Peace Prize, 20-year-old Kehkashan Basu is an iconic youth leader, global influencer, environmentalist, champion of women and children’s rights, TEDx speaker, Climate Reality Mentor, author, musician, peace and sustainability campaigner. A Forbes 30 Under 30 and the first-ever Winner of the Voices Youth Gorbachev-Schultz Legacy Award for her work on nuclear disarmament, Kehkashan is a United Nations Human Rights Champion, a National Geographic Young Explorer, a UN Habitat Young City Champion and the youngest ever Global Coordinator for the UN Environment Program’s Children & Youth and one of Canada's Top25 Women of Influence. Kehkashan is the Founder-President of global social innovation enterprise Green Hope Foundation, that works at a grassroots level in 25 countries, empowering young people, especially those from vulnerable communities, in the sustainable development process and she has spoken at over 200 United Nations and other global fora across 25 countries. She is the youngest Trustee of the Parliament of the World's Religions, Council Lead of the Toronto-St. Paul's Constituency Youth Council, Canada and has tirelessly worked to amplify the voices of young people, women and girls, in decision-making processes.

Traveling abroad can be such an interesting experience – especially as a student. It can be exciting, challenging, and stressful all at the same time. Here are my top tips... Continue Reading »