Carpe Global / Welcome to Worldly / Back to Basics when Repatriating

Back to Basics when Repatriating 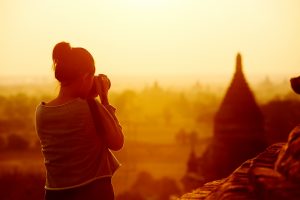 Repatriation is tough. Every culture book talks about reverse culture shock and the challenges of returning to your ‘home’ culture. What was once familiar seems strange now. The advice is to embrace the reverse culture shock. But how to do it? These guidebooks never seem to give real-life examples.

I just returned to the USA after over 25 years of living and working in Europe. After 18+ years in Germany, I lived the last seven years in Luxembourg. It’s modern but retains a lot of Old World practices. Therefore, my culture shock is big and runs deep. Also for context, I DIY’d everything without corporate support. I wasn’t seconded with a company, but rather, had been working as a foreign national on local contract, and moved back without a job and without access to any social benefits. Plus, I repatriated during a pandemic, an economic crisis, and during a socio-political upheaval. My experience is Extreme Repatriation!

To facilitate my American Cultural Acclimation, I’m learning that it’s best to go back to basics and take it all as a life do-over. Reset the clock, and approach the world as a child with the benefit of adult experience. How does that work? Ask “what is that?”. A lot.

Children have no inhibitions to ask this on a nonstop loop, and you should, too. Have fun with it and admit it. I think that even though I look like other people, I sound Minnesotan, I often have no idea what people are saying “What is Venmo?” I asked the guy I bought some furniture from. “What is softritas?” I had to ask at Chipotle. “How does the Caribou Coffee app work?” at a MN coffee shop. “What is a growler?” I asked at the bar. I still don’t know what that is, actually. Just basic stuff that most people know, but are truly totally foreign to me.

Tap into your inner intuition

You know what is good for yourself, so it’s important to listen to your inner voice. You don’t have to do the things that don’t work for you, even if it’s part of the local culture, and “everyone’s doing it” or “it’s really popular”.

I’ve refused to buy yogurt that actually isn’t low fat yet full of sugar, even though the shelves are full of this kind. How is that working anyway for Americans, are they thinner for eating low-fat yogurt? I finally found one with some fat in it and little sugar, one that will keep me full for hours, and tastes like European yogurts. It was a challenge and it’s expensive, but my health is worth it.

Here in the upper Midwest, it seems like trucks and SUVs are normal, and cars are second-class vehicles. But I don’t want an SUV even though “everyone drives one” and they’re “good for hauling things”. I don’t have a lot of stuff, and I don’t drive a lot, so why get one?  Most American manufacturers don’t make cars anymore, but luckily, the Japanese and Koreans do, and they make fine cars — many of their engineers are German, anyway! So I can get a car, yay.

And even though Covid has driven the app-based menu. I refuse to deny a restaurant server the chance to practice his profession, so I order from a real person, and let him suggest the best of the menu. Plus, my now-ingrained hesitancy to give up my personal data doesn’t let me give my credit card, phone number, and email address when ordering a simple burger. I don’t want more marketing emails in my inbox, and the bank doesn’t need to know what I eat. To my own surprise, I found myself asking “Do you take cash?” at a store. Didn’t think I’d ever ask that, but in an age where so much is online, it’s not a stretch.

When you go abroad, the advice is to try out new things. It’s especially important when returning, too. It opens up a whole new world! Sometimes it’s necessary, too. You want to go to the “old hang-outs’, but in some cases, they’re not even there anymore.

Here in Minneapolis, when I left, Uptown was the place to be. Now, it’s either burnt down or boarded up, after the riots in 2020. But the Warehouse District is now called North Loop, and that used to be the seedy part of town. Today, it’s hip and trendy, with lots of new restaurants and new experiences. It’s fun to explore new places and learn new facets of the city.

I’m also quite keen to try a Pumpkin Spice Latte. They seem to be quite the hit here, and I never had one. Coffee in Europe typically comes coffee-flavored; no need to amend it. But I’m open to seeing what all the hype is about. Even if it’s too sweet, which I suspect it might be. But hey, try it at least once!

Practical benefits of back to basics

I’ve found that these practices help with the repatriation journey. They can be ice-breakers and some people find it charming to encounter a fellow American who is experiencing their culture with fresh eyes. It sparks conversations, and people are generally friendly and helpful. It’s a great way to learn new things. And the advantage of being an adult is that I can pick and choose what habits I’ll keep, and what to discard.

So it’s maybe less of “repatriating” and more of “joining up” and taking the best parts of the culture and crafting your own life in the new country. 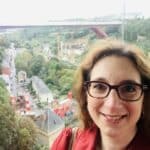 Amy Amann found her interest in global affairs since getting her first penpal in the 8th grade. She wanted to be either a linguist or an international journalist, but instead got a summer job at a flower shop in Aachen. She studied intensive German at Concordia College, at Universität Würzburg and then got her MBA from Thunderbird School of Global Management. She speaks fluent German, poor French, restaurant Italian, and a few phrases in Russian, Korean, and Dutch. Professionally, she's an Organizational Effectiveness specialist helping companies and their leaders competently develop their most important assets, their people. She's a qualified ICF coach and uses her skills to support individuals further their career, international or not.

Working in International Relations as part of the LGBTQ+ Community

The world of international relations speaks to people of every background. However, for some people, it can be an intimidating or dangerous field of work. According to Human Rights Campaign, only... Continue Reading »